This week, I’m sharing with you the Snowball Effect and how it has shown up in my business. The theory is that the snowball is your business and in the beginning, it is hard to work without seeing a lot to show for it, but if you’re patient, it will build up momentum and roll down the other side of the mountain you’ve been pushing it up. The other side of the mountain is waiting for you!

Blogging is a long game and anything you add on the side has the potential to make the journey to the top of the perverbial mountain even longer. Choose carefully what you add and be patient with your results. This episode is meant to encourage you along your journey while also helping you with ways to speed things up!

Listen in as I share with you all about:

In this episode, we cover:

Links and resources mentioned during this episode:

I am honored to share a new Blogging Creative on Fire each week on the podcast to bring you inspiration, behind-the-scenes secrets, and quality tips. I hope it is truly helpful for you. One of the best ways you can bless me in return is to subscribe to the show and leave a review. By subscribing, you allow each episode to be downloaded straight to your phone which helps the download numbers and ensures you never miss an episode. And when you leave a review, you help show others the value of what we provide! You can GO HERE to subscribe and review!

Complete Transcript of this Episode

Welcome back to the podcast. Well, my friend, we have officially made it. It is just about the beginning of fourth quarter. So I don’t know about you, and I don’t know where you are exactly in your blogging journey, but I will tell you, for me, I remember people talking about the fourth quarter like it was just this amazing, crazy, very profitable time in their business. And for the longest time, I didn’t get it. I didn’t see it. It wasn’t happening. For me, in my business, it felt like as hard as I would work, it was the same amount of income every single month. Like, the needle barely moved. Even though I felt like I was swimming a million miles a minute underwater, my business didn’t seem to grow at all during fourth quarter.

I was just like up until the blogging game started, I thought that fourth quarter was literally just for football. I seriously thought it was just for football. It was the last quarter of the game. I didn’t realize that people really in the blogging industry called it fourth quarter and said it was super magical and it just wasn’t happening that way for me. Then I learned about this that I want to share with you, and I hope that you will hear it as words of encouragement that I mean it to be, but something called the Snowball Effect, okay? And I’m actually going to start calling it the Great Snowball Fight, okay?

Because the truth is we’re all working towards goals and dreams that we hope to attain. And all of us are working so hard, and it’s really easy to get discouraged and to want to quit and to feel like it’s just not working. Or maybe we’re not working. Maybe it’s not working for us personally, we weren’t cut out for this. But I want you to know that you need to be working towards it as a long game. So even though those first few years I’m on year four of blogging and it is taken to this year for me to actually see fourth quarter become something in the way of magical like that they were all talking about at the beginning.

And so I want to have you consider a couple of things. Now, if you are focusing on your blog and your blog only, you’re probably going to see success a lot sooner than I did. Because when I started, when I wasn’t seeing results instantly because I’m super duper impatient, the one thing I did right was I didn’t quit. But what I did wrong was I picked up something else.

So if you’ve ever had a snowball where you see you’re trying to roll it around the yard and trying to make it bigger and bigger to make a snowman, but it’s picking up like dirt and sticks and all sorts of junk from the yard, right? Well, that’s what the snowball effect can be. And that’s what I’m talking about, the great snowball fight.

Now I’m actually fighting with this snowball, picking up extra things. So in addition to the blog I had already started before the blog, my Instagram and my Facebook, I had started a quarterly event and a membership. I had started a coaching group. And so this blog was actually part of making my snowball bigger, but it wasn’t enough because none of the things were yielding what I needed them to yield in order to make them work, right? So I started the coaching, I started the podcast, I started a YouTube. And these are all little things that we’re adding slowly but surely to our snowball fight. And we’re not realizing I’m making this snowball bigger and heavier.

Now, it doesn’t mean that it’s not going to build momentum and create wonderful success, which I’ll get to that part, but I just want you to see that my point is the more things you add to your business, the bigger your snowball becomes. And you need to buckle up and be ready for the long game because your snowball is going to take longer to get up that hill. Okay?

I had affiliates, I added brand sponsorships. So again, you can have all the things as long as you know that you need to be patient and that your snowball just got a little heavier for you to push up that mountain. Okay? I called it a hill. I think it’s more like a mountain of success. How about you? How about your business? How many things have you added to your snowball? How many things have you added that’s making the weight super, super heavy?

It slowed every single one of my efforts down when I added something new. Again, the only way I didn’t fail is I didn’t quit. I didn’t quit the Facebook, I didn’t quit my memberships, I didn’t quit any of the things, but I sure slowed down my success. It has taken four long years for this huge snowball that I’ve built for myself, pushing it up the hill day after day, hour after hour of work that I’ve poured into it for it to start getting momentum, hitting the top of that hill and starting to go down.

And I am so excited to share with you that I am starting to see that fourth quarter magic that everybody talks about for my blog. It’s happening over on my YouTube. I’m seeing it happening in a lot of the areas that I started from scratch just now. It’s literally just now at its peaks, starting to roll down the other side of the mountain. And all that means is that I can see a light at the end of the tunnel for all the hard work. And that all of the efforts that I’m doing now. I’m not changing any of my efforts, and I’m not slowing down any of my efforts, but they’re easier. I’ve got the snowball doing the heavy lifting, and I want to see you get to that place faster, my friend.

And the way you’re going to do that is to sit down before we get into knee deep fourth quarter and decide what you can just pluck right out of that snowball. Is there anything you can take out of the snowball that would make your daily efforts of pushing the snowball up the mountain easier? All right. And I just know that I know that. I know if I would have just stuck with one thing, actually not one thing, but a couple of things that my snowball would have been going downhill.

Like when you ride the bike, and as a kid, you would ride the bike and go up the hill, go up the hill, go up the hill. And then when you start going down the other side of the hill, you pop your feet off the pedals, and all the pedals are going digga all by themselves, and you’re just going wee. Like the little piggy with his little pinwheel out the window in the commercial. I’m telling you, that is what it’s like on the other side of the mountain. So I hope you get there, my friend. I know you will. You cannot lose if you do not quit.

I want this to be an encouragement to you. I don’t know how long your game is. I don’t know how many things you’ve added to your snowball. I don’t know how long you’ve been at it. It’s really good to give yourself a start time and an end time to something that you’re trying out for the first time and just get a feel for if it’s going to be something that is going to gain momentum. All right. You’ll know, pretty quickly if it’s getting any momentum. These things that I had started were gaining momentum. They just weren’t gaining it fast enough for me, y’all, that is all me.

But I want you to have some insight, knowing that if you can stick with those things instead of adding a ton of extra things, you will have success sooner, it will happen faster. You will not wait for years to start having that snowball effect. The good part of the snowball effect happen in your business.

All right, my friends, let’s get to it. Let’s have a miraculous fourth quarter, and if you have not joined us yet over in the Insider Group, I would encourage you to check it out. It is creativesonfireinsiders.com, and I will put a link here in the show notes so that you can check it out. I think it’s creativesonfireinsiders.com. You can check it out and join us over there if you like. We meet every single week for encouragement and insight, so I look forward to seeing you in there.

Until next time, my friend. Stay creative. 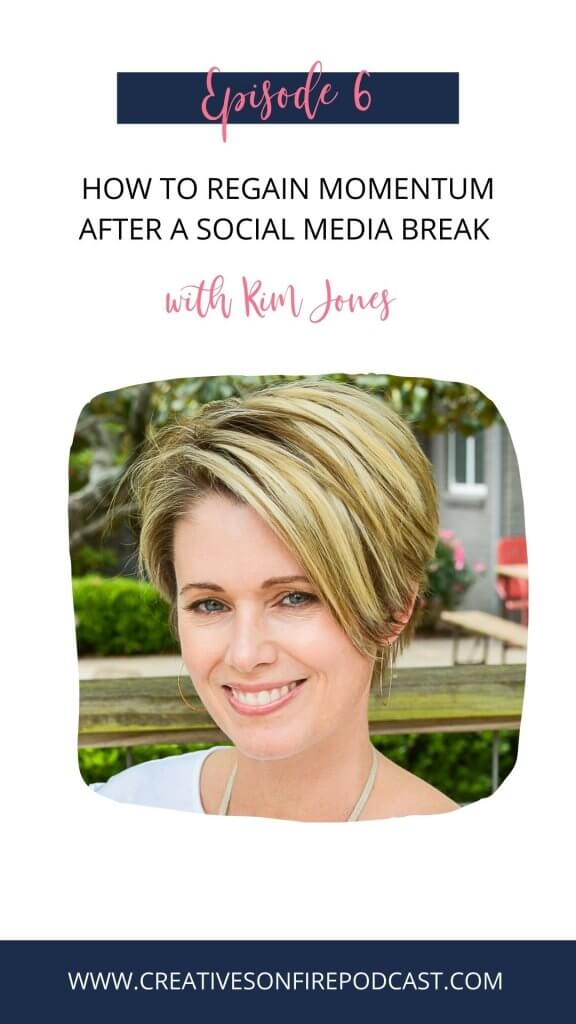 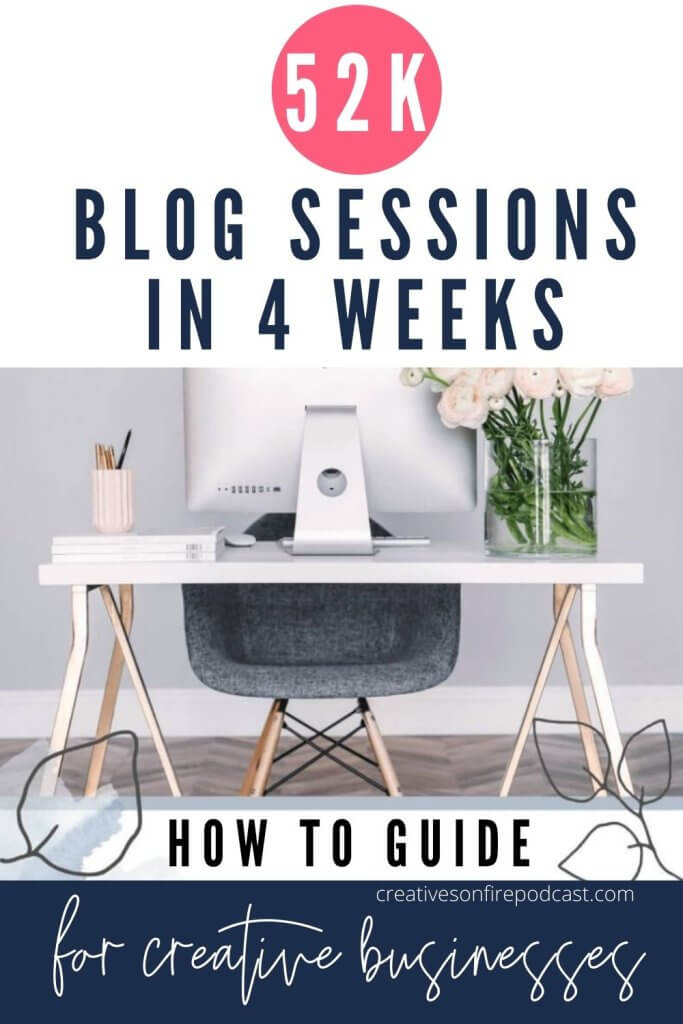 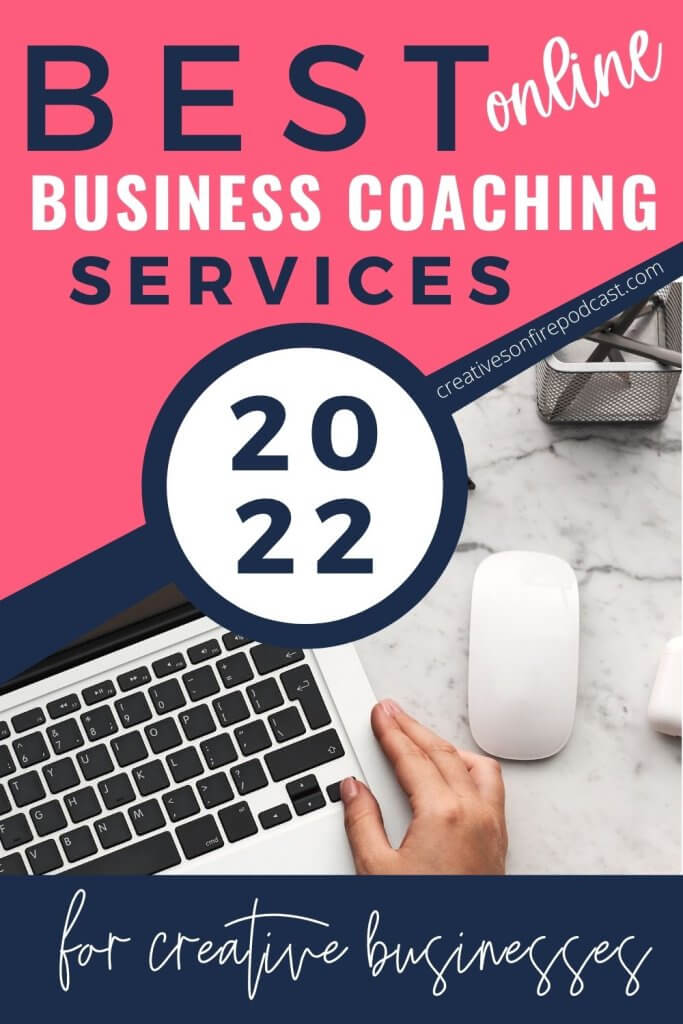 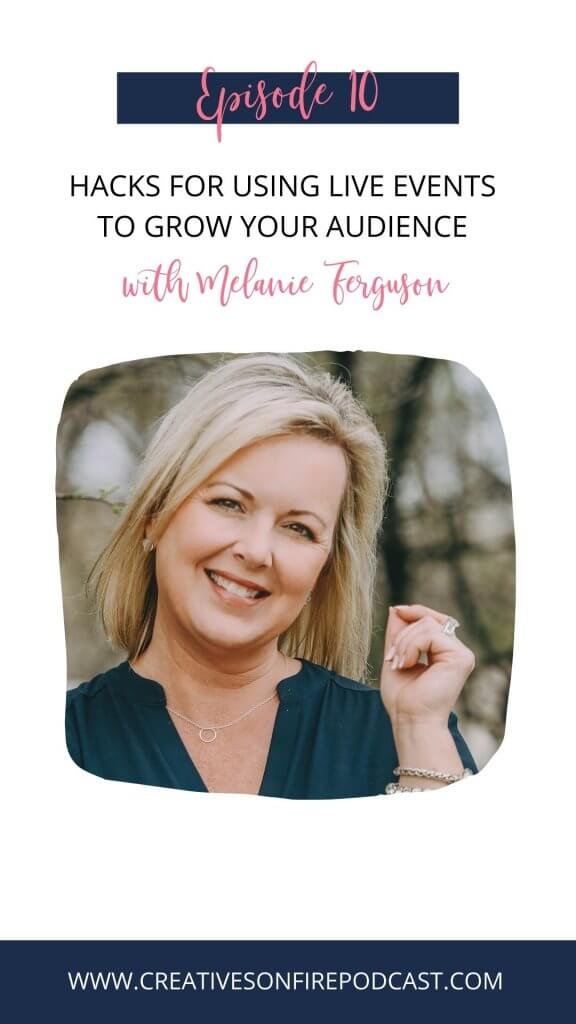 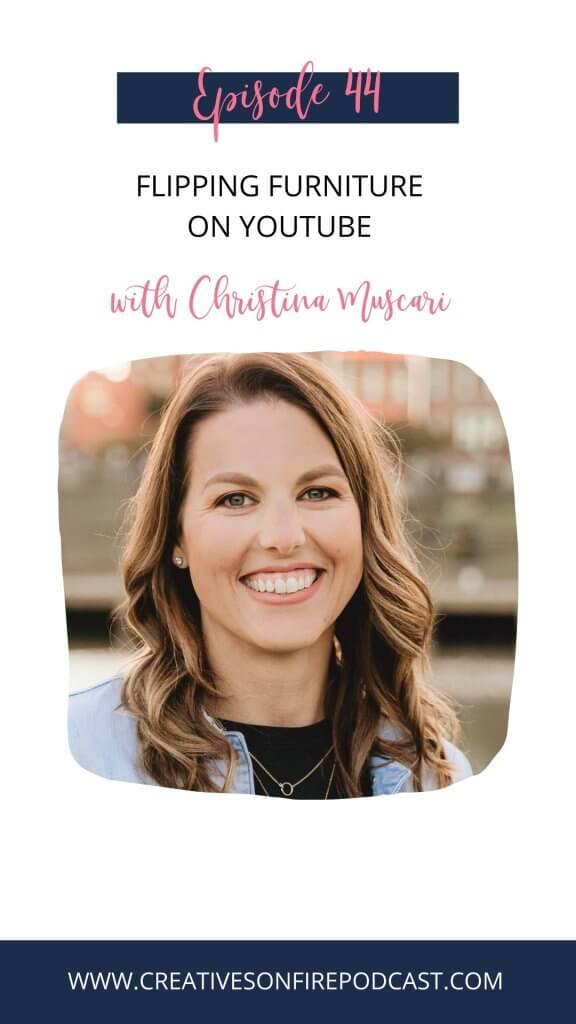