This week, I want to tackle the word courage. So a lot of you might be under the impression that the word courage is a noun. In fact, in the dictionary, it is described as the ability to do something that frightens us or strength in the face of pain or grief.

In this episode, we cover:

Links and resources mentioned during this episode:

I am honored to share a new Blogging Creative on Fire each week on the podcast to bring you inspiration, behind-the-scenes secrets, and quality tips. I hope it is truly helpful for you. One of the best ways you can bless me in return is to subscribe to the show and leave a review. By subscribing, you allow each episode to be downloaded straight to your phone which helps the download numbers and ensures you never miss an episode. And when you leave a review, you help show others the value of what we provide! You can GO HERE to subscribe and review!

Complete Transcript of this Episode

This week, I want to tackle the word courage. So a lot of you might be under the impression that the word courage is a noun. In fact, in the dictionary, it is described as the ability to do something that frightens us or strength in the face of pain or grief.

There are three things that I think courage is:

It’s making a choice. Even if it’s an unpopular choice, even if it’s an unpopular choice internally, it’s a willingness. I want to tell you a quick story about how courage played has played a huge role in my life and any successes that I have found. One time well, let me back up and just say you may or may not know this about me, but I have a super huge fear of heights. I have fear of snakes. I have a few fears. Not a whole lot, but fear of snakes, fear of heights. But the fear of heights is pretty strong. It’s terrifying for me, right?

And so one day I was coming home from a conference. I love attending conferences. It was in the town about 45 minutes from my house. But not one that I went to all the time, nor one that I would usually drive to by myself. So I was coming home, following Siri just as obediently as possible, not really paying attention to exactly the route she was taking me because I’m not that super familiar with these highways that I ended up finding myself. It was in the evening, and it was a little bit dark, so I wasn’t even sure where I was approaching. I was just driving and following the instructions. And I found myself at the very top of the absolute highest bridge in the Dallas Fort Worth Metroplex. The highest bridge in the Dallas Fort Worth metroplex.

Oh, my gosh. So what I realized that I did was this was all just kind of reactive. I slowed down. I look like a crazy person going about 40 miles an hour on a bridge. But the key is I didn’t stop moving. I only slowed down. And I don’t know if it’s right or wrong, but the only reason I didn’t stop right there on the bridge was because one of my fears is stopping on a bridge and sliding all the way off. That is a true story.

Like, I always think if you stop on the bridge, you are going to fall off the side. So stopping was not an option. Moving forward was the only option. But I certainly was going to slow down. I looked straight ahead. Now, when you’re on a bridge, sometimes you can look to your left or you can look to your right. And either way was always worse for me than just looking straight ahead. So I looked straight ahead and straight down. I didn’t want to get distracted by anything that reminded me of what I was doing and that I was attempting to go over the tallest bridge in the metroplex by myself at night, under Siri’s command.

I looked down and could see the two reflective lines on either side of the road. And I thought, if I just keep my vehicle moving forward slowly between these two lines, nothing can go wrong. Like, it’s been proven, like, lots of science has gone into these two lines. Nobody has fallen off the bridge that stayed in these two lines. So I literally look down straight ahead in between the two lines, held both hands on the steering wheel. We’re talking at ten and two. I was going back to the basics. What did I learn in driver’s ed? Well, you hold your steering wheel at ten and two. That way if you hit anything in the road or you bump or something hits you, you can still stabilize yourself and keep control. So I knew that having both hands on the wheel basic would keep me in control. It was everything I’d ever been taught.

I was taking deep breaths. And the funny thing is I found myself praying out loud in song. I literally was just completely singing Bible verse songs from my days at church camp. I was singing Jesus Loves Me. This I know for the Bible tells me so it was literally all I could do to not throw up. This may be different for you completely. I don’t know, what do you do in the face of terror? What calms you down?

I thought I was going to die right then and there on that bridge. My poor family was going to get the news the next day.

Well, all that to say, I made it to the other side of the bridge. I could stop holding my breath practically, and breathe. I could breathe. I felt the stress, the tension fall from my body. I was completely safe back down on the main highway on my way home. Home free.

I think this shows up in our lives in a lot of different ways. I would definitely say that that was a form of courage. You might even say I faced my fears. But honestly, I don’t think it’s the same thing when you don’t really have a choice. Once I entered that bridge, I didn’t have a choice of turning around. I didn’t have a choice of going backward. All I could do was go forward and hope for the best. I was either going to die or I was going to live. And so this is sometimes what we have to do in our businesses.

Sometimes you need to take the mindset that there’s just no turning back. You started this thing, you’re going to see it through to the end. It’s going to take some courage. And this is not something that you’re born with.

Burn the Ships for King and Country

In business, I learned a long time ago, that there’s this story called “burning the boats”, or “burning the ships”. So Alexander the Great many, many centuries ago, took his men into war. And when he landed on the shore of where the battles were going to take place, he turned around and looked at his men and he said, “Burn the boats! Burn the boats!”

I am so excited, you guys. This week I had a three-day content planning challenge over in my free group for this podcast called Blogging Creatives on Fire, where we talked about all the ways that we can link arms and get our weeks and days planned together. We opened and closed cart. But if you are interested in linking arms with another group of people who are moving in the same direction as you because maybe you need that kind of courage in your life, I’m going to encourage you to get on the waitlist.

I have a wait list started for those who did not make it to the challenge and still want to reap the benefits of taking action with a group of people who have made the same decision in their businesses to burn the boats, burn their plans, burn their retreat options and only move forward. I’ll put the link in the show notes and in the video below if you are watching this on YouTube.

In the meantime, take a look at your life. See all the ways that you are already showing courage. You are already using it as an adverb and not a noun, where you are already succeeding with things in your life that make a difference. And give yourself a pat on the back, because honestly, any time you take courage and do something that is not comfortable, you deserve applause. Until next time, my friend. Stay inspired. 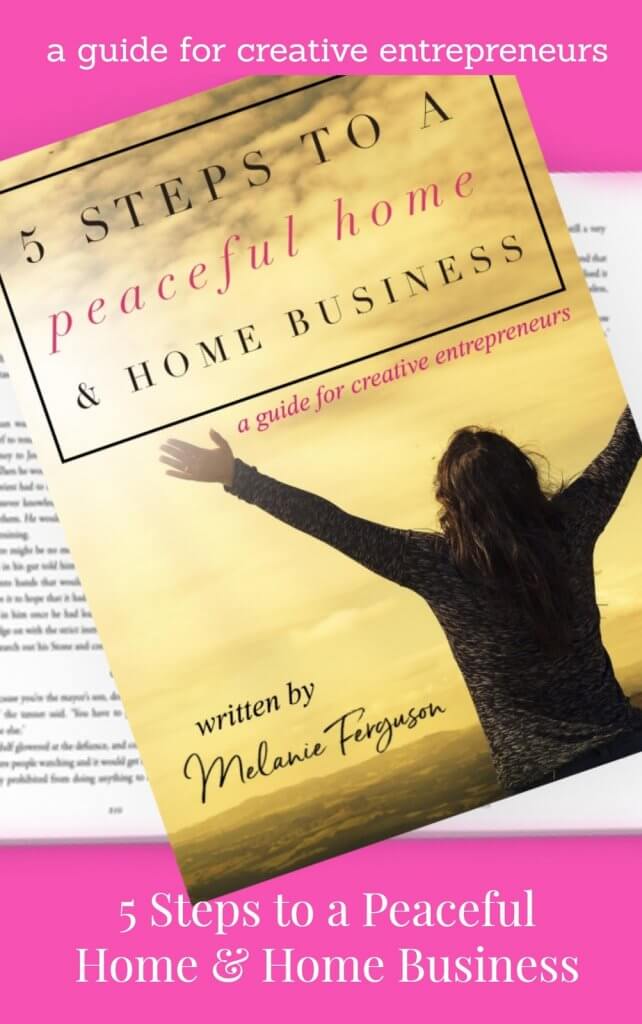 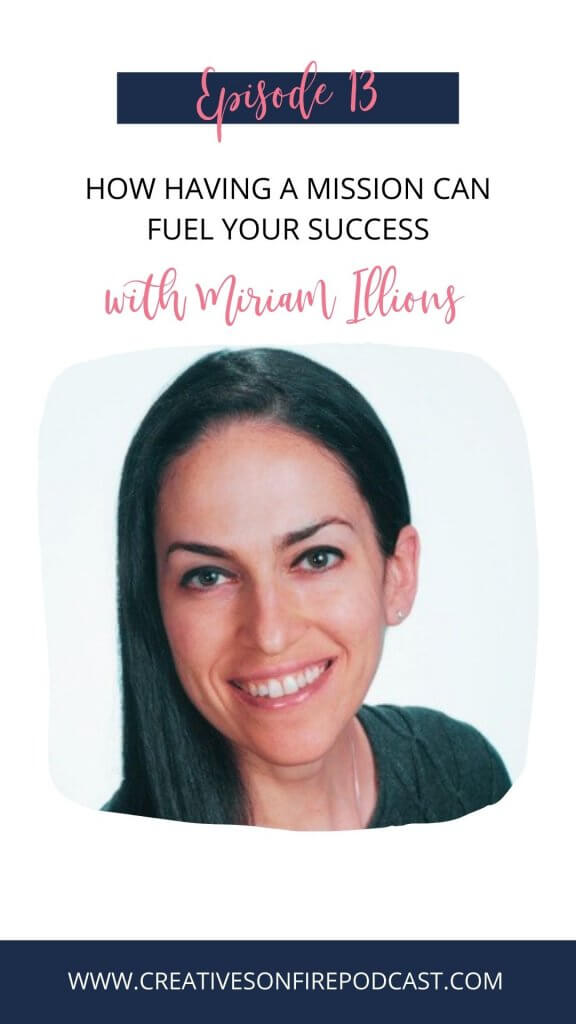 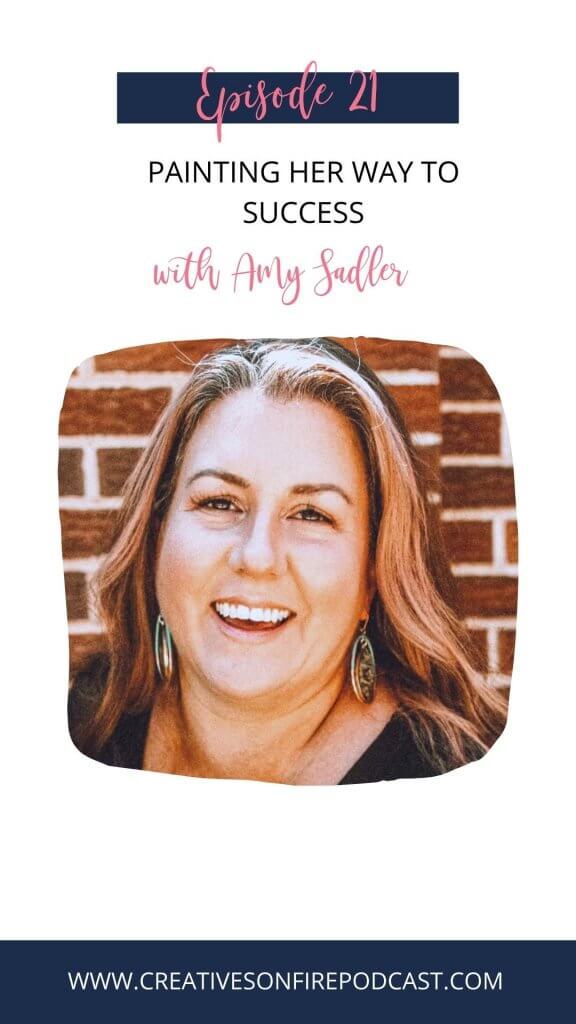 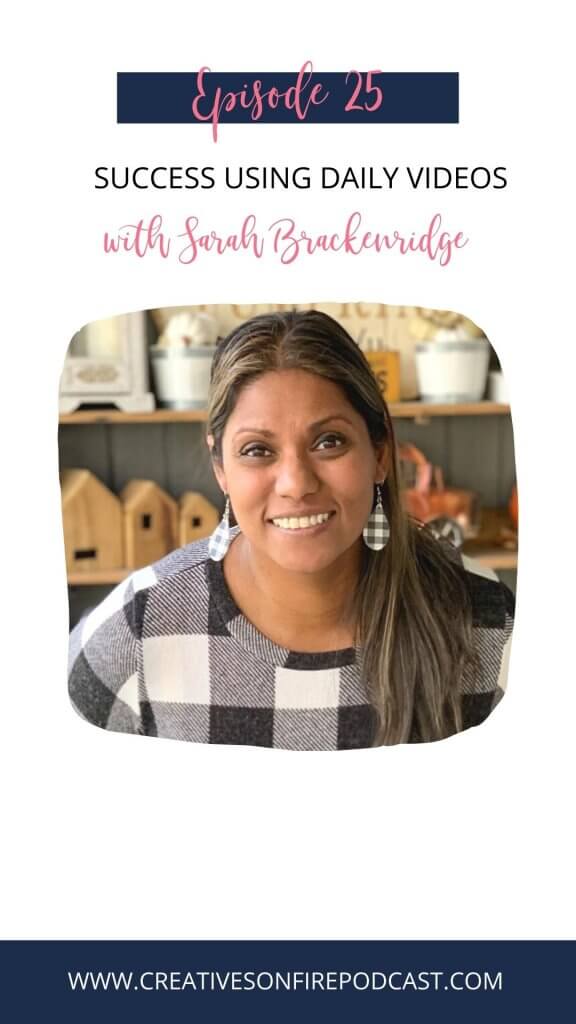